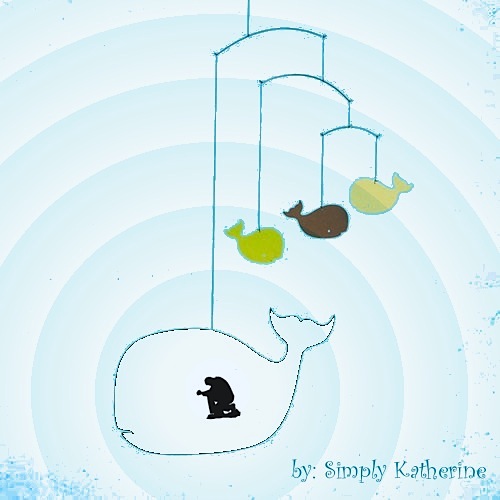 Jonah in the belly of the fish!

That's what most people think about when they hear the name, Jonah. Actually the story of Jonah is quite amusing. How could a man be swallowed up by a big fish, stayed for three days and three nights, and be spewed out from the belly of the fish onto the shore? Why is such an account in the Bible?

"But He answered and said to them, An evil and adulterous generation seeks after a sign, and a sign shall not be given to it except the sign of Jonah the prophet.

Surprisingly, Jonah is mentioned again in the New Testament. But what's more mind-boggling to me is the fact that the Lord Jesus refers to Jonah being in the belly of the great fish as a sign pointing to His own burial- the three days and three nights in between His death and resurrection, the time when Christ was in Hades. This correlation was drawn by the Lord Himself, otherwise I would never be able to guess that Jonah's rather unique experience points to Christ's burial. I often heard and read about Christ's death and resurrection, but was quite ignorant concerning His burial. I simply thought Christ proclaimed His victory in Hades. He walked in and walked out. I never thought about why the three days and three nights. What did He do?

A mature brother in the Lord, A. Yu, expounded the record of Jonah's prayer while he was in the fish's belly from the Book of Jonah chapter 2. He said that based on the Lord's word in the Gospel of Matthew chapter 12, what Jonah did parallel to Christ's activities in Hades.

1 Then Jonah prayed to the Lord his God from the fish’s belly,

2 And said, I cried out of my distress to the Lord, and He heard me; out of the belly of Sheol cried I, and You heard my voice.

3 For You cast me into the deep, into the heart of the seas, and the floods surrounded me; all Your waves and Your billows passed over me.

4 Then I said, I have been cast out of Your presence and Your sight; yet I will look again toward Your holy temple.

5 The waters compassed me about, even to [the extinction of] life; the abyss surrounded me, the seaweed was wrapped about my head.

6 I went down to the bottoms and the very roots of the mountains; the earth with its bars closed behind me forever. Yet You have brought up my life from the pit and corruption, O Lord my God.

7 When my soul fainted upon me [crushing me], I earnestly and seriously remembered the Lord; and my prayer came to You, into Your holy temple.

8 Those who pay regard to false, useless, and worthless idols forsake their own [Source of] mercy and loving-kindness.

9 But as for me, I will sacrifice to You with the voice of thanksgiving; I will pay that which I have vowed. Salvation and deliverance belong to the Lord!

10 And the Lord spoke to the fish, and it vomited out Jonah upon the dry land.
I underlined some of the action words in the text. At first, I was taken back, did this chapter really depict what the Lord passed through in Hades? Why the distress? I thought Christ would pass through death into resurrection with no problem at all.

So I'd like to propose an answer! The credits go way back to the Council of Chalcedon in 451 AD and in the 11th Century, Anselm of Canterbury, who wrote the famous Cur Deus Homo (Why God Became a Human Being).
The Lord Jesus Christ is the God-man, fully God and fully man. If He were only God, Jonah chapter 2 would not be an accurate explanation of what He did in Hades. Christ would have nothing to do with Hades because in His Divinity, He has nothing to do with death. If He were only a man, then He would be trapped in Hades, fainted and crushed, with no hope of resurrection.

In His Humanity, Jesus cried out to Jehovah out of distress, He turned to look again, He remembered Jehovah, He offered sacrifice with the voice of thanksgiving, and He consecrated Himself unto the salvation of Jehovah; but based on Psalm 16:10-11, the Lord also had the hope of resurrection that Jehovah would show Him the path of life, into the presence of God where there is fullness of joy and at the right hand of God where there are pleasures forever.

So Jonah chapter 2 clearly shows what Jesus Christ did as a man in Hades, but this is not the end. Check out my next post to further see the application of this wonderful fact of Christ passing through death into life!
faith