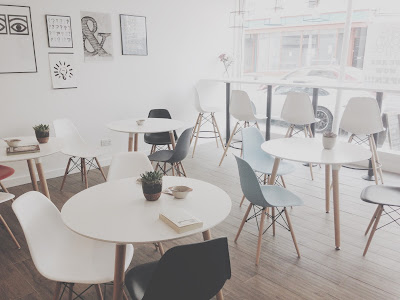 I sat across from a fourteen year old, my youngest brother. We had dinner together at a nearby restaurant, just the two of us, before he had to catch a plane to go to school abroad. My youngest brother loves to eat and play computer games; he also loves spending time with me. I can't believe he's about a foot taller than I, and still growing.

He's chatty but usually the topics revolve around food, going to the malls, his friends, or the best, newest fancy gadget he's been eyeing for a while. That evening, however, he nonchalantly told me more serious matters concerning his surrounding. At first he sounded like a tattletale, but when I put myself in his shoes, I immediately felt a great empathy toward him. The situation he mentioned was heavy to bear, but he spoke as if it was an ordinary part of life. The Lord reminded me right then: It is human to need God. That's a plain fact, even for a teenage boy.

My brother received the Lord a few years ago, at night, on a bench, in Disneyland. My sister led him to pray while we were waiting for the famous Disneyland fireworks. So I asked him if he had prayed more and read his Bible. He answered that his school required him to read several Bible verses every morning and that he would pray before meals whenever he remembered. "But have you ever talked to the Lord? Like a normal conversation?" I asked again. He said no.

Before I continued to speak further, I paused. Within my heart, I realized I did not have adequate time to explain and I feared he would not have the grasp for what I was about to say. I needed to simplify and get to the crux of this exchange, but it was challenging.

"Josh, you have to talk to the Lord personally. It's not a religion. In this life, without the Lord, our surrounding will always get us super high and super low," I told him, "We need the Lord and His Word to be our anchor." I asked him if he knew what an anchor was and he nodded.

"People say we were born to die. Our body and our mind worsen as we age, so we need a new hope. The Lord Jesus is our hope. If we don't have Him, we have nothing," maybe I had said too much but he was following. Then our food arrived, we prayed a simple prayer, and resumed our chat. I listened more and encouraged him here and there.

For the rest of the time, he was an open person and to my surprise, he became peculiarly caring and kind. When we got home, everyone helped him packed his luggage and off he went, abroad. I don't know how much my youngest brother had listened and to what extent he had considered our talk about the Lord. I was unprepared but desperate to lead him to know the Lord. And so I'm still praying today, "Lord, cause him to have many conversations with You. Cause him to know You and to love You."
faith journal