Since I haven't been faithful in being informed about the presidential candidates, I have no clue which one would be the best person in the office. But I was recently touched that although I don't have to be pro-this or pro-that, for the Lord's interest, I must be saved from passivity.


In recent years, it has been as if the country is plagued with lawlessness, abnormality, and immorality. I don't feel the need to expound further. You can just grab a newspaper and check out the headlines, you'll know what I'm talking about.

If you consider deeper the current situation of the nation, you'll soon find that relativism is so prevalent. Stanford Encyclopedia of Philosophy defines:

"Relativism is not a single doctrine but a family of views whose common theme is that some central aspect of experience, thought, evaluation, or even reality is somehow relative to something else.

For example standards of justification, moral principles or truth are sometimes said to be relative to language, culture, or biological makeup.

Although relativistic lines of thought often lead to very implausible conclusions, there is something seductive about them, and they have captivated a wide range of thinkers from a wide range of traditions."

So truth relativism would mean that there is no absolute truth, that truth is relative to individuals, their backgrounds, their beliefs, etc. On one hand, this notion attempts to justify that anything can be the truth, it just depends. Ironically, on the flip side, this might as well mean that there is no truth.

Twisted, I'd say. What's really happening is the enemy has gathered forces to launch attacks toward the absolute truth- the word of God.


However, the chief need right now is TO PRAY, to intercede for the nation.

"And truth is lacking, and he who turns from evil becomes plunder. And Jehovah saw it, and it was evil in His sight that there is no justice.

Dear all, let us be not silent. Let us fervently pray that the Lord would put the man of His choice in the office, that He would bless and preserve this country from degradation and desolation, that He would bless us all with a quiet and tranquil life for the gospel, "for all men to be saved and come to the full knowledge of the truth."

"I exhort therefore, first of all, that petitions, prayers, intercessions, thanksgivings be made on behalf of all men;

On behalf of kings and all who are in high position, that we may lead a quiet and tranquil life in all godliness and gravity.

This is good and acceptable in the sight of our Savior God,

Who desires all men to be saved and to come to the full knowledge of the truth."

Lord, Your kingdom come! Your will be done! On earth as it is in heaven.

Bringing my brother to this new city reminded me of my own transition as a freshman in college. Both my brother and I came from a high school in another country. No one could convince me otherwise, all these years Christ in the church has been the anchor of my soul. The Christ in the ministering of the word, in the church, continuously heals and humbles me.
This does not mean I never struggle. I did encounter questions in my heart and at times came across offenses that hurt. But the power of life in the ministry of the wor…
Read more

In the Midst of a Pandemic: Anxiety, Assembling, Built Up Together 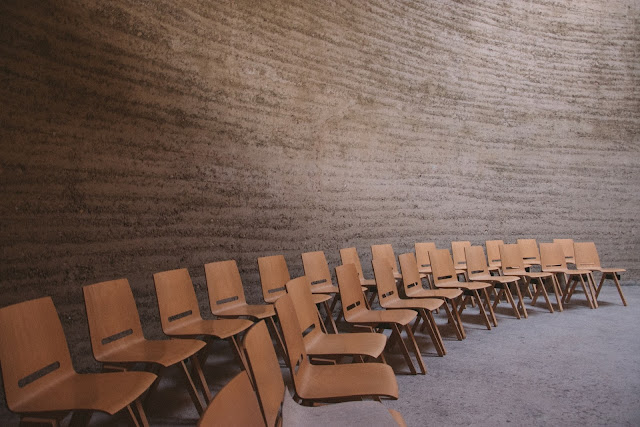 Different lines of thoughts run through my mind during this COVID-19 outbreak. What is truly happening? Is this just the beginning? Anxiety, panic, fear mixed in with some utter ignorance and recklessness. Then the actual pestilence itself swiping through nations. The world is shaken.

As a Christian, I know that I have to participate in prayers and caring for those in need. I also acknowledge that God has a specific need in this time, although I am not yet clear what He needs except for the unchanging fact that I must seek Him in prayers and in His word. He also obviously desires to spread the gospel of the kingdom to all the nations. But there's this great torpidity that drags me into a spiritual inertia. I have more idle time in my hands. It makes me restless and anxious wanting to fill my day with other stimulating excitements at this time. I can easily enjoy activities that do not necessitate the presence of many others. (I am an introvert by natural makeup so general social …
Read more