The Cry of Humanity 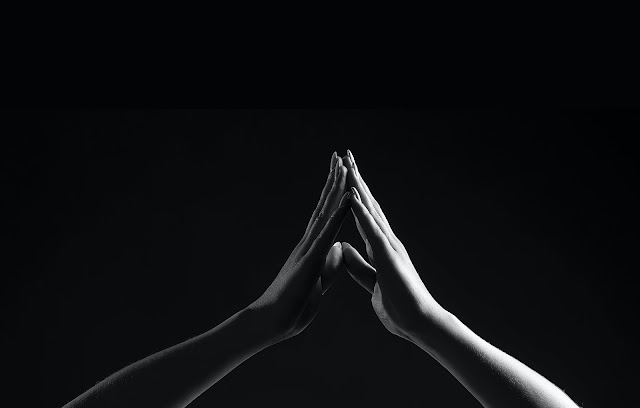 To many it may be easier to respond to the developing Black Lives Matter movement, especially when the experience has been engrained and subjective to their personal lives. Honestly I can never say that I truly fathom the importance of this movement to the African-American community because of the simple reason that I am not part of the same community. I can only empathize to some extent.

Back in my hometown I did go through an episode of ethnic cleansing in the late 90s where our family had to hide and pray for our lives. I remember the overwhelming feeling of insecurity that caused me to surrender to whatever was next. I lived in and witnessed the social reform that took place in the aftermath. Things got better but the solution had never been thorough because two decades later—it became world news—a local politician was incarcerated mainly due to his ethnicity and his faith. Soon I realized inherently things had not changed much. That was just the fact. This cry for justice, for equality, for oneness has been going on for millenia and I wonder if it even characterizes the humanity that we presently know.

Today I woke up restless. I opened my morning devotional1 and began reading the portion for the day:

"God's intention in creating man was to have a vessel to express Himself and to exercise His dominion. However, not long after man was created, he fell... It was the intention of God's enemy that, through man's fall, man would be divided and scattered. Chapter 3 of Genesis begins to speak of the fall of man, but it does not show us the significance of man's fall. The significance of man's fall is revealed in chapters 10 and 11. There we can see clearly what Satan's intention was in causing man to fall. It was to make man useless in God's purpose by dividing and scattering mankind... Around the time of the building up of Babel, mankind was divided according to their families, their genealogies, their languages, their lands, and eventually, according to the nations.

The function of any vessel, when it is divided and scattered, is annulled and voided. A vessel should not be broken; a vessel should not be divided and scattered. Man, as a vessel to contain God, to express God, and to exercise God's dominion, should be one... However, in Genesis 10 and 11 this vessel was shattered into pieces and was scattered. The entire Old Testament is simply a record of the divided mankind."


This cry for justice, for equality, for oneness has been going on for millenia and I wonder if it even characterizes the humanity that we presently know.

I paused taken back by the notion that the Bible had touched the root of this divisive nature of mankind - the fall. However, God did not stop there. Jesus Christ came down. He was incarnated, lived a human life for thirty three and a half years, died, resurrected, and ascended to be enthroned in the heavens as the Lord of lords. By the time of Acts Chapter 2, the redemption work of Jesus Christ had not only saved mankind from sin but also brought forth the church. I continued reading:

The morning devotional I had been reading was on the one new man as described in the Apostle Paul's Epistles. The one new man is an aspect of the church in terms of what kind of person or personality the church lives out. Here the church does not refer to a physical building or even a mere congregation, but a living entity composed of believers who have been regenerated by the same life, the life of God, and related to one another by life. Just like the human body having many individual members connected as one, so is the church as the Body of Christ. The one new man highlights the aspect of oneness that the believers can live in regardless of their differences. That aspect of oneness is the person of Christ Himself.


Ephesians 2:14-16 - For He Himself is our peace, He who has made both one and has broken down the middle wall of partition, the enmity, abolishing in His flesh the law of the commandments in ordinances, that He might create the two in Himself into one new man, so making peace, and might reconcile both in one Body to God through the cross, having slain the enmity by it.

Ephesians 2:18 - For through Him we both have access in one Spirit unto the Father.

Ephesians 2:22 - ...You also are being built together into a dwelling place of God in spirit.

"Both" in these verses accentuated the fierce estrangement between the Jews and the Gentiles in that time period. Ordinances are ways of living. In a real sense, we often equate ordinances with our identity, our heritage. They are what make us unique but they are what emphasize our differences. Would we let these go to embrace a new humanity? I don't know. But "for the church to be the new man means that the church is a new mankind, a new humanity, a new human race. The old humanity God had created for Himself had become divided by ordinances. But on the day of Pentecost the church came into being as the new man, the new humanity."

Would it be too much to cry for humanity itself? To cry, o how we need a new humanity? We can do something about it. This new humanity exists.

Ephesians 4:22 - That you put off, as regards your former manner of life, the old man, which is being corrupted according to the lusts of the deceit.

Ephesians 4:24 - And put on the new man, which was created according to God in righteousness and holiness of the reality.

Colossians 3:10-11 - And have put on the new man, which is being renewed unto the full knowledge according to the image of Him who created him, where there cannot be Greek and Jew, circumcision and uncircumcision, barbarians, Scythian, slave, free man, but Christ is all and in all.

More than ever before, my inward condition is enlightened. I'm no better than anyone. More than ever before, I long for a much more salvation. Lord, I pray that we would let go and embrace the reality of the one new man, to be found in Your person in our daily walk. Lord, I pray that we would put off the old man beginning with our old self, and put on the new man by turning to our spirit, in which You dwell.