A Prayer in this Pandemic: "Lord, Have Mercy" 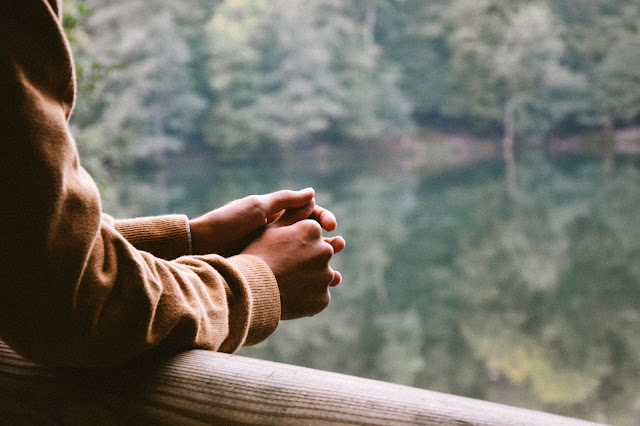 I recently read one of Watchman Nee's books. It was written in January 1923 on the first issue of a publication called "The Present Testimony." The issue itself is entitled "What is Prayer." Through some of the gatherings I had via video conference, the burden to pray began to increase within all of us. However, we soon realized that we took prayer for granted. Often I pray due to a need, to ask for things, but really, what is prayer?

There's a particular paragraph in Watchman Nee's writing that deeply edifies my being. Allow me to quote:

"To pray does not mean to change the mind of heaven. It is the greatest mistake to think that God is hard and stubborn and that we must use prayer to battle with Him until He yields to us and changes what He has predetermined. Actually, any prayer that is not according to God's will is useless. Because God's will has suffered a hindrance from either men or demons, we come before God (as if we are wrestling with Him), asking that He execute His will and that His (predetermined) will not suffer through hindrances to His 'permitted will.' If we really desire God's predetermined will and if we have such prayer, such wrestling with God, and such resisting of any hindrance to His will, it will cause Him to carry out His predetermined will, not allowing anything of men or demons to (temporarily) come in the way. It is true that it appears that we are wrestling with God. Actually, this is for the accomplishment of His will. It is not that we have a certain idea and are trying to change His will. For this reason, unless we really know what God's will is, we shall not be able to work together with God in prayer."

And do you know what is one of the greatest matters that are on God's heart in the midst of this pandemic? It's the often quoted John 3:16, "For God so loved the world that He gave His only begotten Son, that every one who believes into Him would not perish, but would have eternal life."


To pray does not mean to change the mind of heaven. It is the greatest mistake to think that God is hard and stubborn and that we must use prayer to battle with Him until He yields to us and changes what He has predetermined.

God so loved the world. He gave His only Son. In Matthew 3:17, the Father clearly expressed how much He loved His only begotten Son. But He gave His Beloved to die, to hang on the cross, to be a curse on our behalf. 1 Peter 2:24 states, "Who Himself bore up our sins in His body on the tree, in order that we, having died to sins, might live to righteousness; by whose bruise you were healed."

1 Timothy 2:3-4 plainly expresses, "This is good and acceptable in the sight of our Savior God, Who desires all men to be saved and to come to the full knowledge of the truth."

This is the mind of heaven, the heart of God, even today. He may delay the execution of His will due to our lack of concurrent praying, just like how He has delayed His coming because we have not wholeheartedly aligned our will with His. God unfathomably loves the mankind He created. His Son has paid the highest price to extend salvation to all.

I repent. I confess I do not yet have the same heart for mankind.  I definitely have not struggled in the sense of resisting any hindrance that would obstruct His will. But today I would like to echo His heart in my prayer, "Lord, have mercy. I agree with You. Have mercy on Your creation. Have mercy on mankind. Limit this pandemic and release salvation to many. Cause many to lift up their eyes to see You. Cause many to receive You, to believe into You. So that they may live! So that they may know life that is truly life! Lord, You are life! Give life to mankind so abundantly, so generously."

To those who desire to be saved, the Bible has provided a very simple way to do so. Romans 10:13 assures, "For whoever calls upon the name of the Lord shall be saved." And His name is Jesus Christ.
faith journal pandemic