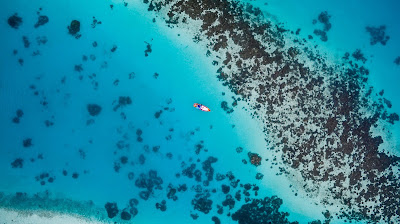 I've been waiting to write this post on my series "Conversations with Mrs. L." For the longest time, I didn't think I could write down such a personal conversation. I also didn't want to publish a teaching of how things should be. I simply would like to share a story of an interaction between a young single sister in the Lord with a sister more than thrice her age, who had passed through being single, being married, and then being single again.

That day I decided to ask Mrs. L a question that had lingered in my heart for quite some time, "Mrs. L, have you ever felt lonely?"

Her response was simple, "Yes, I have." She paused for a few seconds and continued, "But we have the church life! For you however, you are lonely because you need a husband." Yes, Mrs. L always had this particular burden about the sisters getting married, having family, and teaching the younger sisters to love the Lord in the church.

So this question of mine ended up having a two-fold answer. First, concerning marriage, it was very puzzling to me because I understood that I needed to marry but I did not dare to initiate anything since I did not trust my own choice in this matter. I was waiting and praying for about six years, fumbling and crying out to the Lord. The Lord was merciful in leading me to end the struggle of trying to grasp the concept of finding a spouse. It was very limiting: on one hand, I felt stopped whenever I initiated and on the other hand, I was compelled to remain open and not be bitter. I prayed to the Lord that it was absolutely His need that I would find a counterpart because I was just a reflection of Him longing for a bride. And I prayed, "Lord - with whomever I will be - we don't need to be a cool couple, we just need to be a life-giving couple in the church."

I am now married. I never thought I would be attracted to my husband, but I was clear that he was God's gift, a person whom God had entrusted to me. We both love the Lord, love His presence, and love His church. We also happen to love one another dearly. So at this stage of my human life, I truly reaped the fruit of Mrs. L's living prayer (even though she's no longer with us). I had kept her word in my heart, but my struggle to let the Lord grow in my heart concerning marriage took several years. I had nothing else to say except to thank the Lord and to worship Him. His choice, way, and timing are always higher than mine.

I will continue with the second part in my next post.
conversations with mrs. L