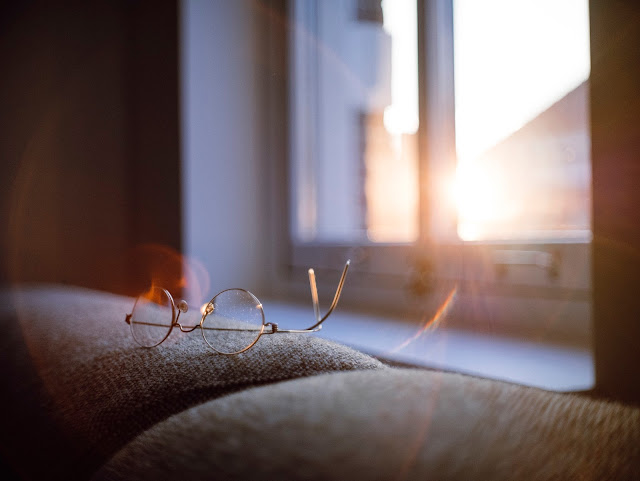 After many travels, I finally got to sleep a little bit more today because my most recent flight got delayed; and so I missed my connection to fly across the Pacific ocean. While I was waiting in line to speak to the customer service representative at the gate, I told the Lord that I couldn't figure why this happened but I would like to find Him in the midst of all. They reissued my ticket to depart tomorrow instead. It was strange; for the first time in a long time, I felt free. I had only planned to sit on the plane for the next 20 hours or so. Now I had nothing.

I got home and remember that I had cleaned and packed everything already. No more list of things to do. I rummaged the fridge for leftovers, ate some snacks, then went back to bed.

Two hours later I woke up rested and threw myself into the couch considering what to do next. In the back of my head, I still asked why this random thing happened with my travel and what I was supposed to accomplish today. I glanced over my tall bookcases and my eyes caught a book, bookmarked almost halfway through, that I had not touched for months. It's entitled "The Kingdom" by Witness Lee.

I continued my old reading and started at the section called "Watching and Praying By Growing."

"To be watchful does not mean that you read the prophecies, study the world situation, and observe the events in Russia, Israel, and the Middle East. Watching is not a matter of reading newspapers and collecting prophecies. If this is your way of watching, I am afraid that the Lord Jesus will come one day and that you will not know it. To be watchful means to grow with the Lord Jesus." I suppose you could argue that we all still need to be educated concerning the end times. But the bottom line is for the kingdom to come, we need to grow. My whole being is being re-calibrated by the fresh fact that the Lord's second coming is a matter of life. Life grows, life develops, life transforms, and life consummates.

"...But now I realize that to watch and to pray means to grow continually with the Lord, to live together with Him. Then you are in the kingdom. You are not only in the kingdom, but you are the kingdom. As you grow together with the Lord, you watch and pray. The Lord Jesus is with us and His being with us is His gradual coming."
It's very mysterious yet divine that the Lord Jesus is coming again from within us. To the unbelievers, He is coming again outwardly but to the believers, because the Lord Jesus, who was preached as The Kingdom Himself, had been sown into our humanity as the seed of the divine life, He is coming from within us. We are the kingdom because we are the realm in which He can rule and reign. We are the kingdom because we are the growth, development, and eventually consummation of the inward, indwelling, subjective Christ mingled with redeemed, regenerated humanity.

My utterance is by no means thorough and extensive. I simply appreciate that I should not merely study the kingdom, I should experience the kingdom by growing in the divine life, feeding on His word, breathing in His name, and enjoying Himself as my real life provision in the church.