A Period of Quietness 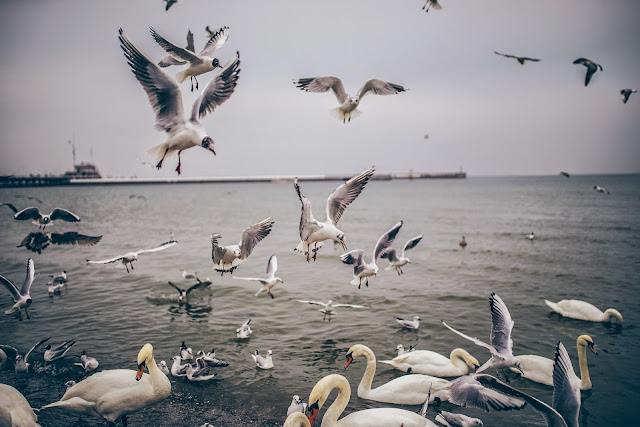 I wonder why it has been difficult for me to write even a single post these past few months. It seems like I lack utterance in many things. So I'd like to first apologize if this blog post doesn't quite convey a coherent message.

The year of 2014 was a very difficult year for me. I told a close friend that I started feeling uncomfortable with my own self: my way of life, way of thinking, way of living and serving the Lord, etc. I thought I was doing fine as a person but I wasn't. I thought I knew something but I knew nothing. It was a very humbling process of being scrapped into a blank page.

This past weekend someone told the story of Moses being called by God. She shared how could this baby boy escaped Pharaoh's decree to kill all the baby boys born of the Israelites? How could he safely float down the treacherous Nile River and end up in the arms of Pharaoh's daughter who was at that moment longing for a child? How could he enter into Pharaoh's household, learning all the top culture and knowledge, yet had the opportunity to be nursed and probably educated regarding his heritage by his own mother?

The reason was clearly because of God's calling. God had set Moses apart from his mother's womb to lead the children of Israel out of Egypt into "the land flowing with milk and honey". God's calling of Moses was very perspicuous and definite. And Moses recognized God's setting him apart. Since young he probably had felt that God "called" him to rescue his people from the Egyptians. Thus it was shocking that at his most able years, at the strong age of 40, Moses had to flee into the wilderness instead of accomplishing great, notable things. If I were Moses, I would feel like God called me indeed yet He had now abandoned me.

When Moses found the burning thorn-bush, he was already 80 years old. He was at the backside of the wilderness tending sheep that didn't even belong to him. He was nobody and he had nothing. Even when God told him that he would lead God's people out of Egypt into the promised land, Moses' answers were strikingly self-effacing. Moses said to God in Exodus chapter 3, "Who am I that I should go to Pharaoh and that I should bring the children of Israel out of Egypt?" According to Moses, he was as good as dead, at the nadir of his life, but that was exactly the moment when God continued to reveal His calling and assured Moses of His presence with him. The backside of the wilderness had turned into the mountain of God, the place where God and Moses met.

I know it's February 2015 but the Lord is still responding to my 2014 inquiries: where I should be, how I should be, and who I should be. I highly recommend reading Life-Study of Exodus by Witness Lee because so far I've been very much shepherded by the exposition of Moses' life being the standard model of God's servant.

I can't claim that I have fully experienced "wandering" in the wilderness after receiving a definite calling from the Lord. But I can testify that even through the wilderness, through this period of quietness, the Lord has been leading me into many experiences of Christ. One of which is to realize that I'm just a redeemed sinner, a glory-less bush with many thorns, yet within me there is a burning God who is gloriously flaming yet not consuming.

Actually He wants me to not use my thorn-bush as the fuel of my service for God. That burning thorn-bush burned solely because of the fire itself. That was why Moses had to turn aside and see the great sight of the burning thorn-bush not being consumed or burnt up. The fuel of such burning is God Himself as the fire. Oftentimes my serving the Lord is out of my natural strength, wisdom, and zeal. Because of such natural fuel, I get burnt out easily. It is definitely not easy to learn to serve the Lord without our own natural ability, capacity, and life. The problem is because I can't do anything for God out of myself, I then prefer to not do anything at all. If this is the case, then anything between God and I would come to a standstill.
Okay, so obviously I can't figure how everything is going to work out according to God's will. But I can pray here and there: "Lord, make that burning thorn-bush my experience. You are the God who dwells in the thorn-bush so You know best how to dwell in me, burn in me, and live through me. I just want to say let it be so. Amen."

I think I am still waiting to see more, know more, and experience more. It's still a mystery to me when and how my present situation would turn into the mountain of God. Maybe I'm not even at the backside of the wilderness yet. One thing I know though, the purpose of God's calling is so that not just I, but all of His people would be transferred from Egypt to Canaan, "from the authority of darkness into the kingdom of the Son of His love", from one realm to another, from one living to another.

Maybe at the moment the Lord is leading me to learn to live in the reality of this divine transfer: from a living unto my own spiritual goal and purpose to a living content with waiting on (attending to) His purpose.
faith journal