What If My Prayer Is Conditional 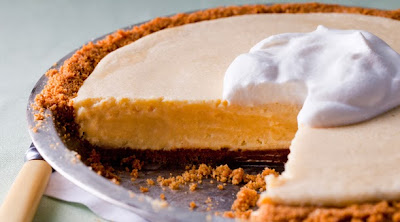 Recently I have encountered another interesting question, "What if my prayer is conditional? Is that okay? Can I pray a conditional prayer?" In other words, can we pray something like "Lord, I would like to serve You but will You promise to take care of my life, my family, my financial situation, et cetera"?

A true story has pricked my heart. There was a sister in the Lord who served for a long period of time. She devoted her time in so many ways. However, in the latter part of her years, she began to consider that she had gained nothing out of her many years of hard labor and sufferings. So she gave up her serving life to catch up on all the things that she had missed out in "life."

What happened? I was told that she didn't have a mind to suffer. The motive of her service was not to lose but to gain.

My sister happened to hear this story so she called me over the phone with a realization that she didn't have a mind to suffer. It was her question: "Can I pray a conditional prayer?" The truth is if we are honest with ourselves, we too would ask the same question. After all, in ourselves there is no trace of absoluteness. This is, sadly, the true human condition by default. Only Christ is the absolute One for God. That's why we need Him.

Therefore the ultimate response for this is, of course, the revelation of Christ Himself. If we spend time with Him, opening to Him, Christ will reveal Himself in us. In that day, our eyes will see that He is our true reward, our joy, our gain; He is everything we have ever wanted and needed. Then we shall give all with no regret.

Yet the question still lingers, "So... can I pray a conditional prayer?"

You may not consider what I'm about to mention are related to this question, but in essence, this question touches the matter of the heart. I was reminded of three portions in the Bible:

By all means, wanting something for ourselves is faulty but deceiving ourselves, others, and especially the Lord concerning the true condition of our heart is much graver. It's not like the Lord doesn't know anyway.

On the contrary, you may think Jacob's vow in Genesis 28 was poor and selfish. After God had promised to give him everything and be continually with him, Jacob's response was "if You do all that, then You can be my God." However, God had never given up on Jacob. His name was even changed from Jacob to Israel. This name change showed that God had marked out Jacob, that out of his seed God would possess a group of people called "the children of Israel." In his life, Jacob was gradually transformed by God from a mere selfish supplanter to a mature channel of blessings.

Amazing, isn't it? So going back to the question, "Can we pray a conditional prayer?"

I'd say whatever kind of prayer it is, just pray.


16 But whenever 1their heart turns to the Lord, the aveil is taken away.
17 1And the 2Lord is the 3aSpirit; and where the 4bSpirit of the Lord is, there is 5cfreedom.
18 1But 2we all with 3unveiled face, 4abeholding and reflecting like a 5bmirror the 6cglory of the Lord, are 7being dtransformed into the 8sameeimage 9from glory to fglory, even as 10from the 11Lord Spirit.
faith